Compare and meet all your Accommodation Needs.
Hosts look forward to welcoming you. 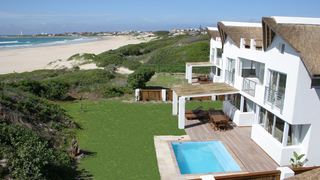 South Africa has 11 official languages in a vast country with widely varying landscapes. South Africa is renowned as the world's largest gold producer. The strong South African economy leads South Africa to be an influential player in African politics and can well be the biggest reason why South Africa was selected to be the first African country to host a Soccer Football World Cup in 2010.

Popular travel destinations include the Capital Cities in South Africa: Pretoria in Gauteng is the administrative capital of the South Africa, Cape Town in the Western Cape is the legislative capital of South Africa and seat of Parliament, named for its proximity to the Cape of Good Hope and the gateway to the Winelands of South Africa, Bloemfontein in the Free State is the location of the highest court in non-constitutional matters, the Supreme Court of Appeal, while the highest court in constitutional matters is situated in Johannesburg.

Popular travel and accommodation places in South Africa include: Durban in KwaZulu-Natal is a popular South African coastal holiday destination, Johannesburg is the most common entry point into Southern Africa and the economic heart on Africa, Nelspruit is the gateway to Mozambique and the Mpumalanga Capital City, Polokwane in the Limpopo Province (Pietersburg) is the gateway for visits to Zimbabwe and the northern parts of the Kruger National Park. Polokwane is the Capital of Limpopo, Port Elizabeth in the Eastern Cape is a popular beach and coastal vacation destination with the Addo Elephant National Park on its doorstep, Upington in the Northern Cape Province is a good base when exploring the many national parks in the Northern Cape and the Kalahari Desert.

South Africa has many landmarks and geographical features to visit: The Augrabies Falls in the Northern Cape carved out by the Orange River; The Tugela Falls located in the Drakensberg Mountains, the second highest waterfall in the world, the Blyde River Canyon in Mpumalanga is the third largest Canyon in the world, The Drakensberg Escarpment and surrounding areas in Mpumalanga, Cape Agulhas at the most southern tip of Africa, The Garden Route is one of the top destinations in South Africa running along the Southern Coast of South Africa from Mossel Bay, George, Wilderness, Knysna, Plettenberg Bay, Jeffrey's Bay to Port Elizabeth, The Whale Coast along the Overberg Coast near Cape Town from Hermanus, Gansbaai to the De Hoop Nature Reserve.

With South Africa’s 2800 km of coastline tourists can expect to find excellent beaches and coastal activities: Durban has excellent beaches with a big Indian market, Port Elizabeth has water related activities like swimming and scuba diving and Jeffrey's Bay is South Africa’s surfing Mecca, Cape Town is the mother city of South Africa with famous landmarks like Table Mountain and the Cape of Good Hope Peninsula, the famous Cape Winelands around Franschhoek, Stellenbosch and Paarl, the Big Hole in the diamond city of Kimberley, the semi-desert Karoo and the Oudtshoorn ostrich farms near, as well as the economic powerhouse of Africa, Johannesburg.

South Africa World Heritage Sites include: The Cradle of Humankind near Johannesburg with a large collection of caves rich in advanced and hominid ape fossils, Robben Island near Cape Town where Nelson Mandela was imprisoned, The Cape Floral Region in the Western Cape, the Vredefort Dome is the largest and oldest meteorite impact crater, Simangaliso Wetland Park, Mapungubwe Kingdom in the North-West, and the rock art, biodiversity and landscape of Ukhahlamba Drakensberg Park.

B&B or Bed and Breakfast Accommodation establishments are accommodation provided in a private family home where the public areas are shared with the host family.

Self Catering Accommodation Places to Stay in South Africa caters for the maximum advertised number of guests the facility can accommodate. Self catering establishments include apartments, studios, houses, bungalows, cottages, chalets, flats, villas, houseboats, tents or similar accommodation where equipment and facilities are provided for guests to cater for themselves in a self contained place to stay.

Guesthouses are often owner-managed commercial operation in a manor or converted house to accommodate overnight guests with exclusive areas for the use of the guest. Guest houses normally serve breakfast and dinner (on request).

Games Parks are popular tourist travel destinations in South Africa: Kruger National Park is a well managed favorite tourist destination, Kgalagadi Transfrontier Park is in the heart of the Kalahari desert with hordes of games including the majestic Gemsbok where the original name Kalahari Gemsbok Park originated from, smaller parks like the Pilanesberg National Park, Hluhluwe-Umfolozi Park, iSimangaliso Wetland Park and the Addo Elephant National Park.